Infectious enthusiasm was the hallmark of conversations through four days of deliberation as 131 people from Senegal to South Africa came together for the First African Flour Fortification Initiative Workshop. While acknowledging challenges such as costs and regulatory issues, participants summarized their sentiments about flour fortification with three words: “Yes We Can!” The complete Arusha Statement was adopted by participants including people from 20 African countries. The group represented more than 50 government and non-government organizations, 22 milling organizations and 10 premix companies. The interactive workshop was coordinated by the Flour Fortification Initiative with 16 sponsors from the public, private and civic sectors as part of their ongoing efforts to make flour fortification standard milling practice.

The workshop and presentations

Workshop events began with a reception honoring eight individuals from across Africa who have been instrumental in flour fortification efforts in their countries.

It is well established that vitamin and mineral deficiencies worldwide hinder a child’s cognitive development, contribute to nutritional anemia, and cause preventable birth defects. While the rates of neural tube defects of Africa are estimated to be similar to the global rate of 1-3 per 1000 live births, the prevalence of anemia is higher in Africa than any other region of the world, according to World Health Organization statistics. In Tanzania, for example, nutritional anemia affects about 72 percent of the children and 48 percent women of child bearing age. In addition to health effects, micronutrient deficiencies also have an economic impact such as increased health care costs and decreased productivity.

Fortifying staple foods with vitamins and minerals has long been used as a strategy to combat micronutrient deficiencies. Workshop speakers from throughout Africa recognized that flour fortification with iron, zinc, folic acid, other B vitamins, and vitamin A as part of a comprehensive fortification plan is a powerful strategy to improve human nutrition. African countries are at various stages in implementing flour fortification including the following examples:

In addition to individual country progress, some areas are working together as a region. All 13 wheat flour millers in French-speaking West Africa, for example, have committed to work together to ” Fortify West Africa” in an effort led by Helen Keller International, the West African Health Organization, the UEMOA Commission (the 8-nation monetary union of West Africa), and other partners.

Rising food prices and fluctuating grain prices could be considered challenges to flour fortification, but workshop participants were encouraged to see cost issues as a call to action. Rising prices typically result in consumers having less nutritious diets, so the need to fortify staple foods is even greater during economic crises. While every sector represented at the workshop plays a role in fortification, it is the flour millers who ultimately bear the up-front cost of fortifying flour. Sourcing and transporting fortificants is not a problem, and adding micro-ingredients during the milling process is standard business. At the same time, additional costs, the need for public education about fortification, and quality assurance were consistently cited as milling issues and challenges After capital costs such as buying feeders, the biggest ongoing expense for a miller who fortifies is the cost of buying premix. The cost is usually no more than $6 per metric ton, but buying a bulk supply of premix can be expensive, especially when import duties are added. Millers consistently add improvers to flour, and improvers cost more than fortificants, but the market demands high quality flour, making improvers an essential business expense for millers. Fortificants, however, are not demanded by the consumer, so market forces do not compel millers to fortify. Yet if essential nutrients such as iron, zinc, and folic acid are not provided, the country bears the cost in increased health care demands and lower productivity. The conclusion of a millers’ panel to discuss fortification challenges was that if all millers in a country are required to fortify so that they all operate on a level playing field, and the mandate is enforced equally, the cost of fortification is not an issue.

Standards are necessary to establish quality and excellence in the final product. Results of a technical workshop held in Atlanta offer guidelines for countries establishing fortification regulations, and tests are available to check for NaFe- EDTA and other iron compounds. However, the standards are meaningless if the results are not monitored, and workshop participants repeatedly called for tighter regulatory standards from their governments and more enforcement of the regulations, including imported flours and flour products.

Recommendations from the technical workshop in Atlanta also apply to maize, and maize flour fortification provides the same nutritional impact as wheat flour fortification. One study among school children in Kenya showed that fortification of whole maize flour with NaFe-EDTA, a form of readily bioavailable iron, reduced the prevalence of iron deficiency anemia by 89 percent after five months of intervention. An issue in Africa, however, is that most mills are small “posho” or hammer mills that operate in local villages rather than large roller mills that produce large quantities of flour daily. For the purposes of the Arusha FFI Workshop, only fortification at the large roller mills was discussed in detail. Fortification is possible at the smaller mills, and several NGO projects in countries such as Malawi and Tanzania support this. In any case, if a national standard exists, the small scale mills should fortify at the same level as the large-scale mills in the country.

Conclusion and Next Steps

Flour fortification, in addition to fortification of other staple foods such as salt and cooking oil, is an effective tool for combating vitamin and mineral deficiencies that limit a nation’s health and productivity. One speaker said such “truth needs no proof,” but another speaker noted that making fortification a reality in Africa will require a common commitment and strong will by every group represented at the workshop. Each country was asked to develop its own action plan and time frame for completion. Their responses ranged from social marketing projects to country assessments of vitamin and mineral deficiencies and fortification capabilities. Participants adopted the final version of the Arusha Statement at the close of the meeting. The statement recognized that key stakeholders each play critical roles in the fortification process including millers, bakers, governments, regional economic communities and institutions, civil society, academia, vitamin and mineral pre-mix manufacturers and suppliers, and development partners. In the Arusha Statement, participants identified critical success factors that need to be addressed to make progress in flour fortification including:

All the organizations represented at the workshop, including UNICEF, the African Development Bank, the World Bank, World Food Programme, East Central and Southern African Health Community, and others agreed to work together toward the goal of improving lives through flour fortification. 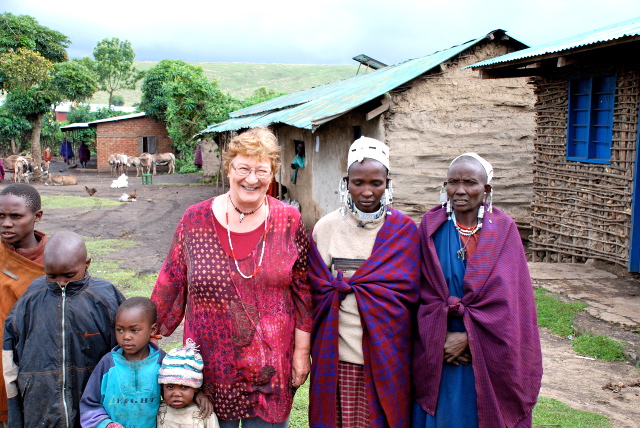